With the seemingly endless list of casino games on the internet that are repackaged and repurposed in all sorts of ways, it can be overwhelming for new players, in particular, to get their bearings. When you throw into the mix the addition of live options, it’s even more confusing, especially as many players will undoubtedly be wondering what the key benefits of this variation are exactly.

The online gambling industry is positively booming. From gameplay changes to alternate bonus options, we’re here to walk you through what sets live and non-live options apart, to better steer you in the right direction. We’re going to go over three game types and take examples from each to show you the differences between them. 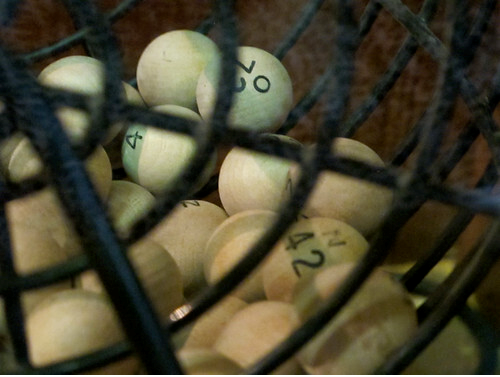 “vintage bingo turner and numbered balls” by starsantiques is licensed under CC BY-NC-SA 2.0.

As one of the most straightforward games out there, it doesn’t take long to explain the basic premise. You’re given a board with numbers on it. Numbers are then randomly called and if you line up the called numbers on your board, you win.

Little is changed from that basic premise when you play bingo live: in some bingo rooms, your numbers are called by a live dealer, and in others, you will be able to enjoy the additional benefit of a chatbox. Within this, you can communicate with other players, which definitely contributes to the interactive and immersive element of the game. Also, some of the bonuses will be enhanced now that you’re competing against other players.

In the example of The Voice live bingo, you play bingo as normal. However, if you match all four numbers that are displayed on the coach chair while you win, you also win an extra jackpot prize. There are also bonuses for being the first to match a chair number or spinning a chair. While this has you competing against more than just the game, it also gives you additional payouts. If anything is arguably easier to understand than bingo, many would argue that it would be slot games. Essentially, you pull a lever or push a button and wait for the spinning symbols to stop spinning. If they match up in specific ways, you win money based on the odds of the match.

With live slots, a presenter commentates a live game that all watchers are betting on. There is a chat bar that players can communicate with and the presenter reacts in real-time to the happenings of the game. That is essentially the biggest spin on the live take as well as the presenter spinning for the possibility of free spins when that comes up on the screen. At the end of the day, the live variant of slots is for those who want to share the experience with like-minded players. Roulette is all about picking one or more numbers and hoping a spinning ball lands on one of those numbers. It’s one of the showier games in a casino and typically attracts crowds. Online is no different as people love to watch live dealers doling out spins. But with many live roulette games, there’s a catch: certain numbers can be multiplied. For example, 2, 7, 12, 24, and 30 are picked to receive multipliers at the start of the round.

If you picked one of those numbers and it’s landed on, the amount of money you win will be doubled, tripled, etc. depending on the multiplier. It adds an extra layer of complexity to the game for the sake of bonuses. Of course, you can also chat with other players and the sets are always luxurious looking, but we’re more interested in the multipliers.

So there you have it. If you want to maximize your winnings in online casinos, consider our advice on live games and you should be able to up your knowledge and refine your strategy.